You might have heard a lot about window shutters in general, but have you ever heard of exterior shutters in specific? Window shutters are mostly divided into two parts – internal and external. Internal shutters are more common among people and most of them are well-aware of the types, features, specifications and prices they are available in. But when it comes to external shutters, people are not quite knowledgeable like they should be. External shutters allow outsiders to take peek inside the house. This might be a bit of security breach. But, what makes people crave for such exterior shutters even after knowing the consequences? You will come to learn about the reasons once you are through with the types available and their features. 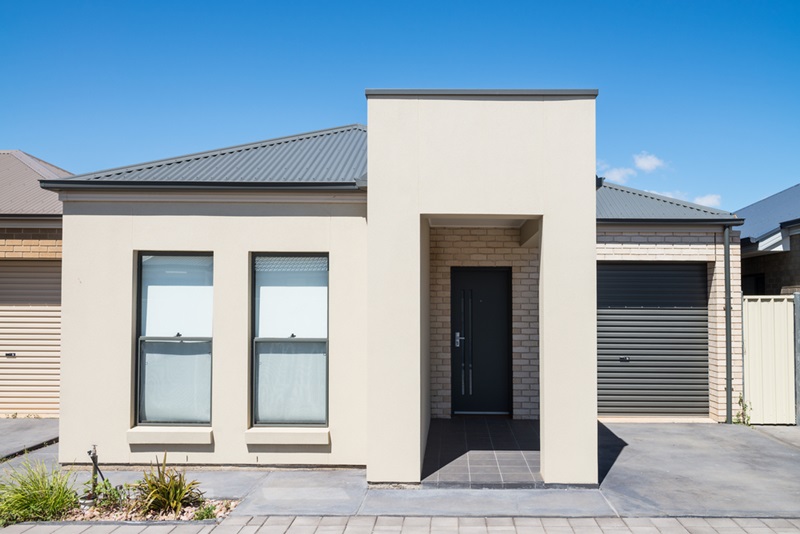 So, this might be your very first time of buying external window shutters and you practically have no idea in this segment. Most of the time, these exterior shutters are available in basic four types and those are board and batton, paneled, louvered and Bermuda. Depending on the type of shutter, you have chosen the one to cover the exterior part of your window; the materials are subject to change. Some of the basic materials used in making of such shutters are wood, faux wood, vinyl, synthetic foam, medium density fiber and more. Among various types, Basswood is the most common option to opt for, when it comes to materials.

#1. Louvered Shutters: These are some of the common examples of window shutters and comprise overlapping uniform wooden slats, as set within frame. Because of the generic appearance, this type of shutter is suitable for many homes out there. If you want, you paint this option in bold color for acting as a great focal point against all-white siding of your house.

#2. Raised Panel: Another one to be added in the list has to be the raised panel. These shutters are more or less similar in appearance to that of the kitchen or doors cabinets. It consists of double or single raised panel. As these shutters comprise low profile, therefore, the items can blend well with the style home right away. Some of the styles, with which you can incorporate this shutter are federal, Victorian, Cape Cod, colonial, ranch and more.

#3. Board and Batten Ones: Another important type of external window shutters as mentioned previously is the board and batten shutters. These shutters are made using individual wooden boards, which are somewhat joined together by the horizontal crosspiece. These shutters are designed to match with the farm-styled and cottage homes. They can also look fabulous on those places, which consist of curved windows.

#4. Bermuda Shutters: The last one of the exterior window shutters has to be the Bahama or the Bermuda shutter. These are forms of louvered shutters with fixed tops of the windows. This type of shutter is mostly used for letting in air and light and protecting it from storm. These external shutters find their uses in houses, located nearer to topical regions. These shutters are beautiful and can be seen on different houses such as Cottage, Ranch and Cape Cod.

There are some types of hardwoods, used for manufacturing external window shutters. Some of the major examples are teak, Honduran mahogany and even Spanish Cedar. These items are rather weather resistant and coated with a special protective shield. As these shutters re more prone to harsh weather condition outside, so these shutters will cost you a bit more when compared to internal ones.

Also read:  Double Roller Blinds : Everything You Should Know